The Blueberry Cannabis strain has exactly the flavour profile that you would expect with a strain of this name. To be more exact I should add it tastes like blueberry Jam, extra sweet. If you are someone who doesn’t like the typical cannabis taste then give this strain a shot, it could change your mind. To add to the delectable flavour, this strain is also renowned for its calming and relaxing buzz. Among medical marijuana patients, it is a top medicine for help with treating neuropathic pain.

Of all the various cannabis strains on the market, there are varying levels of strain complexity. There are weed strains with intricate taste and smell profiles that somehow resemble a dozen different things at the same time, and there are simple, one-note flavoured strains. Blueberry is the latter of these terpene profiles with a strong blueberry smell and flavour.

With a long and colourful history that culminates in winning the Cannabis Cup for Best Indica in 2000 Blueberry is world-famous, for both its simple yet elegant flavour and for its deeply relaxing effects.

Let’s take an investigative look at this flavourful bud, both its history and its terpene profile, as well as the effects of the blueberry cannabis strain.

What Is the Blueberry Cannabis Strain?

Blueberry is typically an easy-to-find strain and quite common at your local dispensary. It doesn’t have a cool and memorable name and has a very obvious taste outcome. This simplistic nature, however, hasn’t stopped it from becoming a world-famous and renowned highly potent Indica.

Blueberry was created in the 1970s when American Cannabis breeder DJ Short was crossbreeding landrace strains. These wild strains that developed and evolved in the wild were the genetic beginnings of the blueberry strain we enjoy today. He eventually finished the strain and named it aptly “Blueberry” for its potent blueberry flavour.

There are tons of Blueberry mixes out there, plus different phenotypes of those strains that have changed the cannabinoid profile and altered the taste. Blueberry is a strain that is bred all over the world with ancient and new genetics, given this fact, there is a vast disparity between individual breeders.

This wide disparity among breeders tends to happen when crossbreeding from ancient landrace strains, especially weed as popular as Blueberry. As long as it tastes like freshly cooked blueberries, you can be confident of what strain you have, even if it is slightly different.

Though Blueberry is usually classified as an indica, it is actually a hybrid strain with Afghan and Thai genetics. It has an 80% Indica heritage that is offset a little by the 20% Sativa content. This Sativa content helps to steer the Blueberry strain away from being an entirely couch-locking strain.

The initial effect of consuming the Blueberry strain is a wave of relaxation that will hit you quite quickly. Known for feeling the effects immediacy following your first hit, Blueberry will induce a sensation of weight on your body. As an Indica dominant hybrid, Blueberry can induce mild disorientation for its consumer. When used in a comfortable atmosphere it will instill a sense of calmness, as well as a general feeling of serenity.

You can expect to have your mood elevated and be a little bit sleepy at the same time smoking blueberry. That being said it’s not so impactful that you run the risk of passing out completely. Stock up your munchies cabinet when you buy this strain, you won’t want to travel or cook after consuming blueberry.

Upon first smelling Blueberry, you will be reminded of freshly baked blueberry pie or freshly picked berries.

Alongside the initial flavour of blueberries, notes of spice, and muskiness follow with a tiny hint of diesel and skunk.

The flavour is far less complex.

As you would expect from the Blueberry strain, the dominant taste sensation is one reminiscent of freshly picked blueberries.

The exact taste of Blueberry cannabis is one of cooked Blueberries, recently picked. There is a deep sweetness that is almost overpowering, similar in a way to when you eat sugar candy or cake icing.

Like most indica-dominant cannabis strains, Blueberry also has dense nugs. Due to its higher levels of anthocyanins (a pigment that develops as a result of prolonged sun exposure), the bud will usually turn a shade of purple and red.

The Blueberry Cannabis strain will excel when grown outside because of its landrace heritage. Its parents grew up and evolved in the mountains of Afghanistan, giving it the ability to thrive in colder temperatures and lower humidity.

If you do decide to grow Blueberry outdoors, try and premix the soil with organic nutrients before you even germinate your seeds. This super soil recipe makes it easier for both of you and your plant. It allows for cannabis seedlings to begin absorbing maximum nutrients right away, and you don’t have to feed it as often later.

As with many Indica plants, enhanced yields can be attained with some early topping. This process involves snipping the plant at the very top of the new growth in an effort to encourage the growth of the lower auxiliary branches. This will expand your plant horizontally and increase the number of larger buds.

With a flowering time of around 8 weeks and a high tolerance for growing climate variances, Blueberry is a very easy strain to grow. As this plant is growing make sure to prune it and top up the soil with some organic bat guano and worm castings. Give it some basic care and it will reward you will high yields of high potency blueberry flavoured bliss.

You can expect THC levels as high as 23.5%, making this cannabis strain potentially one of the most potent indica strains on the market.

Like many indica strains with a potent effect, the Blueberry cannabis strain is most used in the treatment of stress and pain. It is also frequently prescribed to offset feelings of depression and anxiety.

Due to how its cannabinoids react with the human endocannabinoid system, Blueberry works well to combat mental disorders or general feelings of unhappiness. If you are buckling under the pressure of day-to-day life, Blueberry will help reduce this pressure by uplifting your mood and general outlook on life.

Additionally, this Indica strain is perfect for treating insomnia. This isn’t because it knocks you out after smoking it, as some potent indicas do. It’s merely because it reduces negative and stressful thoughts that keep your mind racing and alert. Instead of knocking you unconscious, Blueberry induces a sense of relaxing serenity that naturally encourages a good sleep cycle.

One other affliction that can be impacted by consuming blueberry cannabis is neuropathic pain. As with a lot of cannabis strains it has good anti-inflammatory properties and can help reduce this associated pain.

With all these great medicinal marijuana effects there comes a certain expectation of a negative side. Thankfully with this strain, they aren’t many negatives besides the typical cannabis side effects.

Consumers of the Blueberry strain can expect the ever-common dry mouth and dry eyes that come with most marijuana. Keep some eye drops on hand if you frequently suffer from dry eyes, as well as your favourite drink nearby to help quench your thirst.

Other than the usual symptoms of using cannabis, a few consumers have reported instances of dizziness or other feelings of disorientation after overconsumption. Know your limits when medicating with any cannabis strain, start slow and find your proper dosage.

Blueberry is a strain from the hippie era, one that your parents probably smoked when they were in college. This potent Indica has earned its name in the history books, both for its flavour and influence in the cannabis seed breeding community. 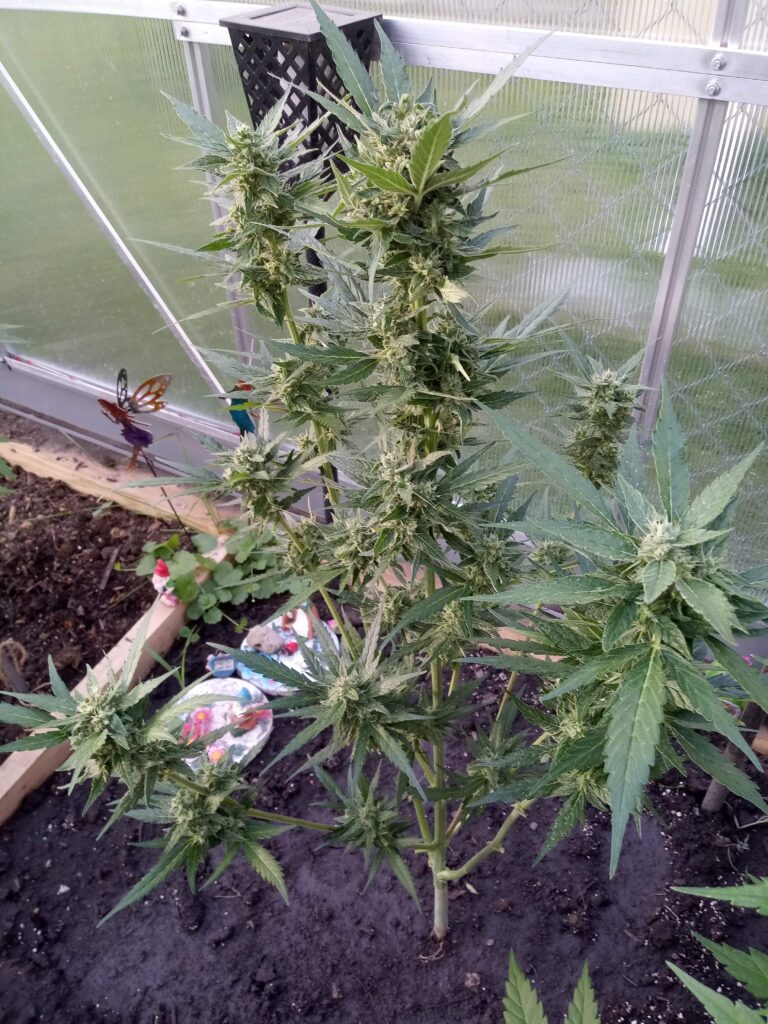 $35.00
Shop now
June 26, 2022Alcohol-Free Cannabis Tincture Recipe
Alcohol-free cannabis tincture, made with organic vegetable glycerine Making alcohol-free cannabis tincture …
May 15, 2022The Best Water For Cannabis Plants
Along with light and nutrients, water is vital to the life of …
May 7, 2022A Guide to Defoliating Autoflowers
Not so long ago, people thought autoflowering cannabis was more fragile and …
May 3, 2022How to use led grow lights
LED grow lamps have developed significantly within a very short time. The …
By: DaggaNewsCategories: Strain Reviews

We employ the use of cookies on our website to give you the fastest and applicable experience by remembering your clicks and repeat visits. By clicking the “Accept”button, you consent to the use of all of our cookies.
Do not sell my personal information.
Cookie SettingsAccept
Manage consent