Everything you need to know about Cannabis Concentrates.

What Are Cannabis Concentrates?

As the name indicates, a cannabis concentrate is a concentrated form of marijuana made by separating the plant’s resin from its flowers in order to obtain a more pure form of cannabinoids and terpenes, without the plant material.

The cannabis resin is made up of trichomes — the crystalline structures that grow on the surface of the buds. The plant’s terpenes and cannabinoids are produced within these trichomes. The more crystalline trichomes on a bud, the higher the potency of the final product of cannabis concentrate. Normal dried weed contains about 15-30% of THC, their extracted counterparts will have up to 99% of THC.

Shatter is one of the purest forms of all the available cannabis concentrates. It looks like a piece of amber with a candy-like consistency. Shatter has a high potency with up to 80% THC. Its flavour profile is not as rich with terpenes as in other cannabis concentrates.
This type of extraction is done by use of a chemical solvent —most often butane — to extract the cannabinoids and terpenes in a process known as the BHO extraction.

Butane is extremely flammable,  and not safe to produce your own shatter at home.  Shatter is not the easiest concentrate to work with because of its solid consistency. But you can melt it with heat in a dab rig, bong, or vaporizer.

Close to shatter, wax concentrate is also manufactured with BHO extraction methods.
It looks like its name – it’s waxy, shiny, and crumbly. However, the consistency of wax will depend on heat, moisture, and the texture of the oil before it’s cleansed. Wax makers often use weed strains with terpenes that are especially prone to water retention.

In some instances, shatter may be converted into wax with the right terpenes. If you’re looking for a potent cannabis concentrate that’s easier to deal with than shatter, wax will do the trick. This type of cannabis concentrate has more flavour due to its higher terpene content.

CO2 oil utilizes carbon dioxide to extract the trichomes from the plant material. This process results in a pure, liquid concentrate that most marijuana users put in their vape pens. The CO2 extraction process helps to keep more cannabinoids and terpenes. It does however require expensive equipment for large-scale extraction, which makes it unaffordable for most connoisseurs.

You may have heard it called weed wax, rosin is a concentrated form of cannabis trichomes. It’s made by separating the trichomes from the buds by subjecting them to heat and pressure. While a rosin press would be your best option, you can make a rosin sample by using a hair straightener.

Preheat the hair straightener, place wax paper on each heating plate, put the ground bud in-between, and press the heating plates together for about 7 to 10 seconds until you hear the herbs sizzling.

Once you remove the wax paper, you’ll see an amber colour mass that is ready to consume. Remove your extracted rosin from the wax paper using something sharp.

The simplest of all the cannabis concentrates kief is the most commonly used concentrate. The name describes the crystals that fall off from your cannabis and accumulate at the bottom of your weed grinder.
Since kief concentrate is just loose trichomes that have separated from the plant it is much more potent than dried buds. Most of the time it will be contaminated with a few plant particles as kief is rarely pure.

Kief is also the starting material for making hashish.

Budder falls somewhere between wax and shatter when it comes to its consistency. Even though it is made using the same extraction method (BHO) it has a different texture and flavour profile.
Budder contains more terpenes, but their abundance compromises the cannabinoid concentrations of THC and CBD. Cannabis Budder is easier to consume than shatter because its texture leans towards wax.

Not all live resin is manufactured using this method. Some live resin makers may change the process in order to produce products unique to them.

Isolates, also called distillates, are the purest cannabis concentrates that have been extracted using a distillation process to separate certain cannabinoids, such as CBD or THC, from a batch of full-spectrum cannabis extract.
This allows the person doing the extraction to achieve extremely potent and purified cannabis concentrates that come without any other contaminants. Isolate crystallines typically contain 99% of the active cannabinoid compounds.

Popularly known as hashish or hash, it is the most popular cannabis concentrate on earth. Having an origin in the northern regions of India, its popularity has spread throughout the world.
Today, people enjoy many different types of hash from every corner of the planet thanks to its potency, taste, and reputation.

A cannabis concentrate known as Hash is made by separating trichomes from the plant material,. After which the harvested resin is formed into a solid block for consumption.

Learn all about Hash 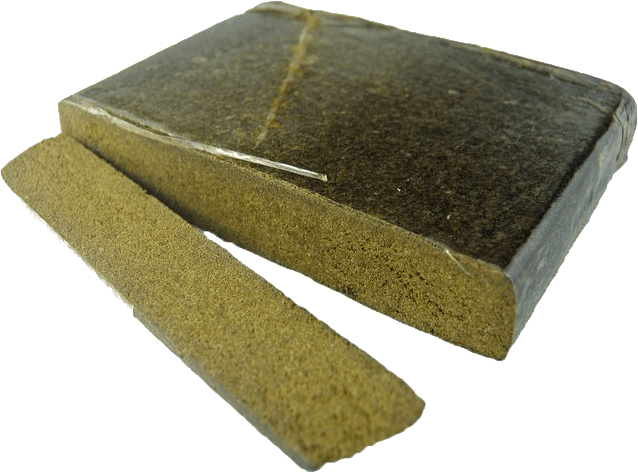 What Are the Benefits of Using Concentrates?

Recreational cannabis users will appreciate the larger quantity of THC giving them a longer-lasting and stronger high. Marijuana concentrates are capable of taking your high to an entirely new level.

It’s not an overstatement to comment that dabbing cannabis concentrates may soon outpace other marijuana consumption methods.

Medical marijuana patients can benefit from weed concentrates by delivering a swift dose of pain or anti-inflammatory medication to their system. This higher concentration of cannabinoids helps to relieve their symptoms faster. Many medical cannabis users suffering from chronic illness turn to concentrates because they are a very effective aid to their regular treatment.

We employ the use of cookies on our website to give you the fastest and applicable experience by remembering your clicks and repeat visits. By clicking the “Accept”button, you consent to the use of all of our cookies.
Do not sell my personal information.
Cookie SettingsAccept
Manage consent